HOSEA: Police allegedly grabbed the body of Sicelo Mathuntjwa to remove a bullet from his head as international calls suggesting that King Mswati must be charged for crimes against humanity intensify.

Sicelo Mathunjwa(35) was allegedly shot and killed by the army during a pro-democracy protest on the night of 29th June 2021 at or near the Swaziland Beverages in Matsapha, he was buried on Sunday morning at Hosea in the southern parts of eSwatini, about 45 km away from Hlathikhulu.

Speaking to this Swaziland News, Khohliwe Mathunjwa, Sicelo’s aunt said an autopsy was conducted on Sicelo’s body on Thursday, 8th July at the Raleigh Fitkin Memorial ( RFM) Hospital. She said as a family they managed to take pictures.

“At the post-mortem we discovered that he was shot at close range behind his left ear and the bullet pierced through to the other end, there were no other visible scars. On Friday, 9 July we learnt that the body was taken to the Good Shepherd hospital in Siteki for a second autopsy which was done by the police and an unidentified Non-Governmental Organisation (NGO). When the body was brought to us on Sunday morning by Nhlangano Funeral Parlour we discovered that it had a fresh scar on the forehead and the funeral parlour could not give us clear answers, that’s when we suspected foul play.You can also contact Thandeka, who is Sicelo’s sister for more information on the second autopsy ”, she said.

But Thandeka, Mathunjwa a  sister to Sicelo confirmed the matter but declined to give further comments saying their lives as a family were at stake.

“What I can confirm is that the body was indeed taken to Siteki for a second autopsy but let me not give further details since our lives are at stake”, she said.

On Saturday, 10th July 2021, Zwelakhe Moahloli, the Communications Officer of Good Shepherd Hospital, told this publication that he was not aware of any autopsies that were conducted in the hospital on Friday evening.

“I’m not aware of this matter, but under normal circumstances an autopsy is done in the presence of relatives. I cannot reveal any details regarding our clients since as a hospital we are guided by ethics”, he said.

But Mayibongwe Masangane, the Secretary General of the Swaziland Democratic Nurses Union (SWADNU) confirmed  that the police conducted autopsies on Friday evening at the Good Shepherd Hospital without involving the affected relatives.

“The matter has reached our attention, it is ethically wrong for the police to view bodies without involving the affected family members, we have also received reports that they also invaded the RFM Hospital grabbing bullets from injured victims.  Even here, it shows that they are still pushing their agenda of concealing evidence. Nurses are also advocates for justice, it is also wrong for government to intimidate them since those who died in the hands of police also need justice”,,  said the SWADNU Secretary General.

Phindile Vilakati, the eSwatini Police Spokesperson had not responded to our questionnaire at the time of compiling this report.

Speaking to this Swaziland News, Mlungisi Makhanya, the President of the People’s United Democratic Movement (PUDEMO) confirmed that the matter was reported to them by the family.

“We are aware of the matter, it is suspected that the police were looking for bullets that might have been lodged in the body. They were afraid that we might engage our own pathologist to remove the bullets that would be used as evidence. These people used bullets that were only meant for open combat which explains why they are trying by all means to conceal the evidence”, said the PUDEMO President. 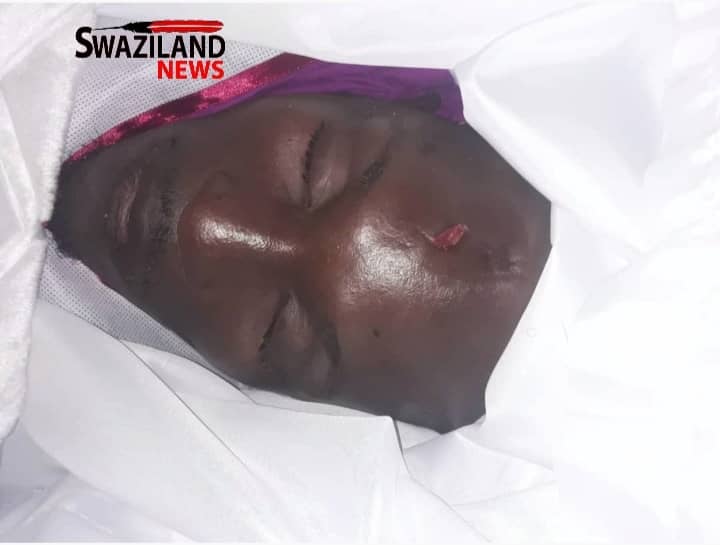