MBABANE: Soldiers and the police have been turned into security guards for King Mswati’s multi-billion properties in the midst of political unrest.

In a letter dated 11th July 2021, signed by Stefan Lombard, the Managing Director of Southern Star Logistics and sent to the company’s customers, Lombard was allegedly informing clients about the suspension of operations in the midst of political unrest that later erupted in KwaZulu Natal where Southern Star imports fuel for the various filling stations.

Even though the letter did not specifically mention the police and the army as security service providers for the royal linked company, this publication is in possession of evidence substantiating that armed soldiers and the police are providing security services to the company.

“Although SSL has thus far been able to subcontract armed security escorts, travelling in  convoy with our vehicles between Durban and Eswatini, we have been advised against this until the situation calms down”, read the letter from the Southern Star Managing Director.

Subsequent efforts by this publication to reach the Managing Director proved unsuccessful at the time of compiling this report.

But Fannie Mthethwa, the Acting General Manager at Galp Eswatini when reached for comments, confirmed receiving the letter from Southern Star adding that it made the fuel supply issue even more precarious.

“We confirm receiving the said letter from our transporter and sadly it has made the fuel supply issue even more precarious for the short-term. Eswatini Government has been sensitized and we hope they will provided guidance on options” ,said the Galp Acting General Manager.

Government Spokesperson Sabelo Dlamini did not respond to our questions when asked why State security officers are used to provide security to companies linked to King Mswati.

Reached for comments, Mlungisi Makhanya, the President of the People’s United Democratic Movement(PUDEMO) said while it is a common practice that companies dealing with fuel are provided with State security because of the nature of the service they provide, in this case it remains difficult to differentiate whether it’s in the public interest or to safeguard private interests.

“Even though it’s a common practice that companies dealing with fuel are provided State security because of the nature of the essential service they provide, in this case it’s difficult to differentiate whether this is done in the public interest or to safeguard private interests” ,said the PUDEMO President. 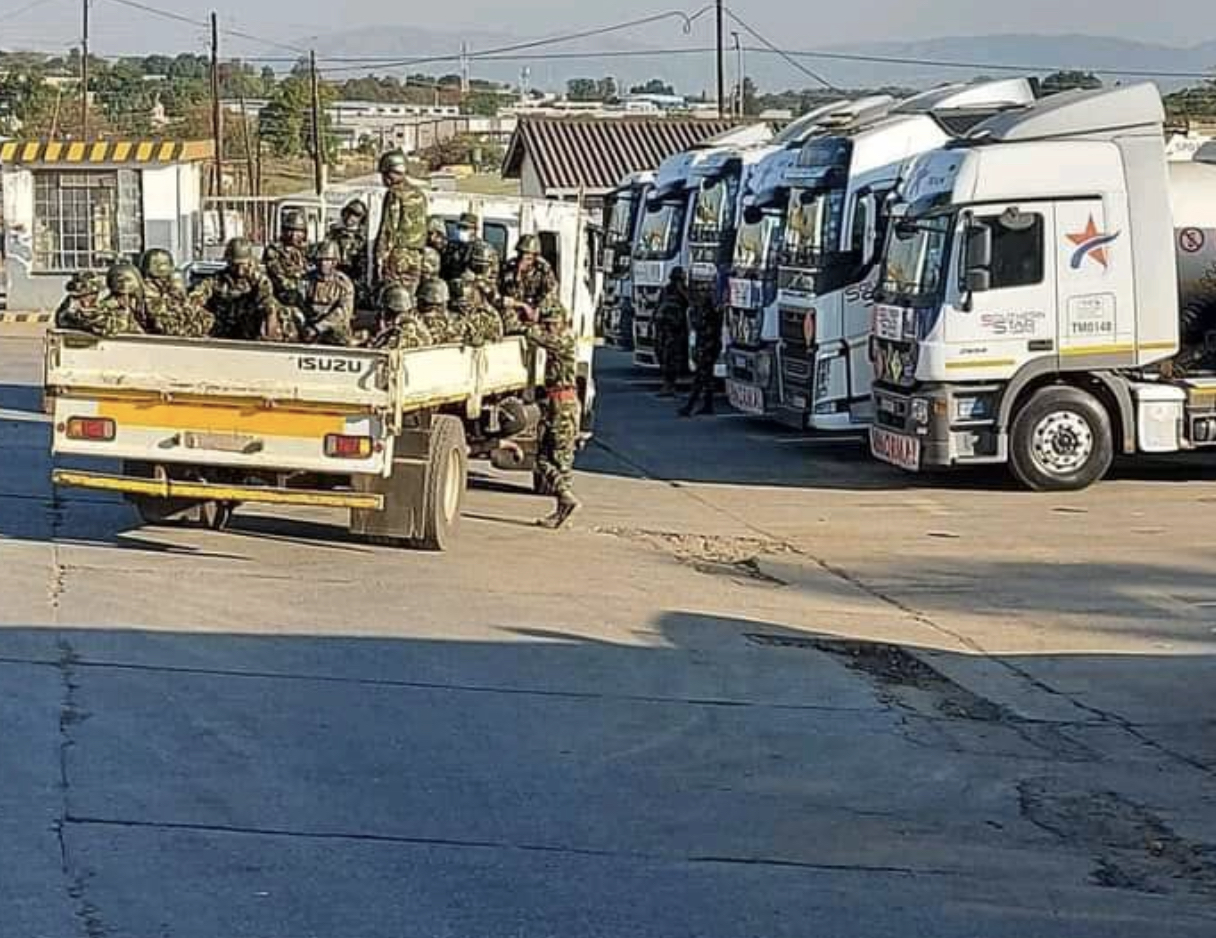