MBILANENI: King Mswati’s cows that were meant to perform rituals(kuphahla) at the late King Sobhuza’s burial site at Mbilaneni fled and disappeared in the forests.

The ritual came after King Mswati summoned emabutfo on Wednesday in the midst of the current political crisis, the members of the regiments and some members of Umbutfo eSwatini Defence Force were subsequently driven to Zikhotheni under Chief Zwide to perform the ritual that started on Thursday night.

It has been disclosed that members of the regiments arrived at a Ngwenya homestead with the cows, however, a herd of about 30 cattle subsequently fled and disappeared in a forest. The Ngwenya homestead that is normally used as a meeting place for Mbilaneni rituals is situated about three(3) kilometers away from the burial site.

Simanga Ndwandwe, a resident of Zikhotseni confirmed the incident adding that after the disappearance of the herd of cattle around 12 midnight on Thursday, soldiers and emabutfo woke them up asking for assistance in locating the herd of cattle.

Reached for comments, Lusendvo Fakudze, the Ludzidzini Palace Governor said he could not comment on the matter and advised this journalist to contact those who were responsible for the cows.

“I cannot comment on this matter because I am not aware of it, it’s better for you to contact those who were responsible for the cows.(Kuncono iphendvulwe ngulaba labalahlekwelwe nguletinkhomo ngoba mine angiyati)”, said the Governor.

Efforts to reach Tengetile Khumalo, the Spokesperson of the Umbutfo Eswatini Defense Force(UEDF) proved unsuccessful at the time of compiling this report.

An insider very close to the matter told this publication that actually, there were two separate rituals, one was conducted at Queen Labotsibeni grave and the other at King Sobhuza’s grave at Mbilaneni, the late Labotsibeni was the grandmother of King Sobhuza and great-grandmother of Mswati.

Reached for comments, Sibongile Mazibuko, the President of the Ngwane National Liberatory Congress(NNLC) said the time of the Monarch was over as he had failed the Swazis.

“Whatever the King does now is a waste of time because his time his over,nothing will work for him. The King must just kneel down before the Swazis and apologize, his time is over,” said the NNLC President. 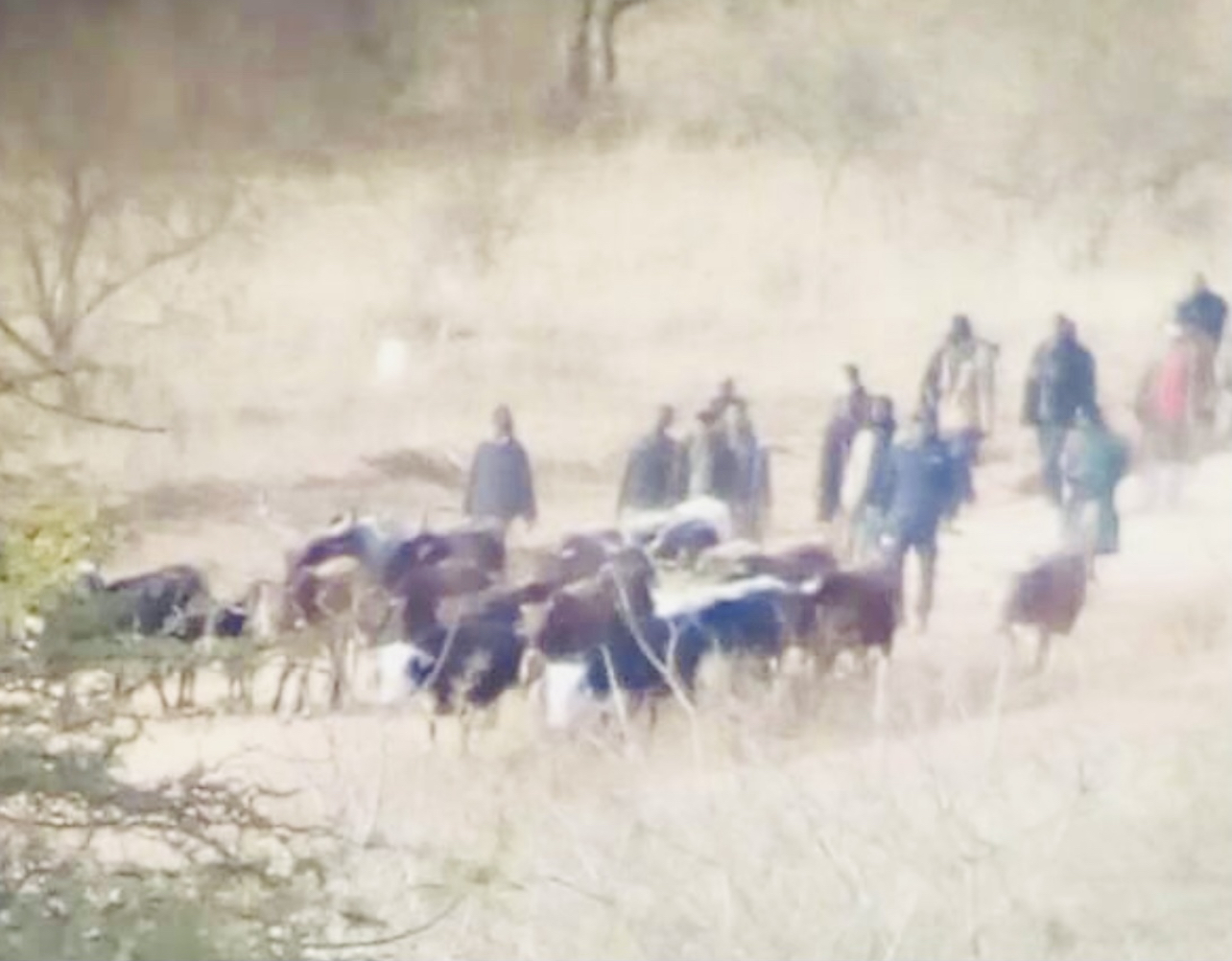 King Mswati ritual cows fled and disappeared in the forests.