MBABANE: King Mswati deployed more soldiers and  the police on Monday as school children intensified protests calling for his removal from power.

Reached for comments, Mbongwa Dlamini, the President of the Swaziland National Association of Teachers(SNAT) said as of Monday, they had received a report that children in over thirty(30) schools were protesting.

“The situation here is getting worse, we can confirm that as of Monday, children in over thirty(30) schools are protesting”, he said.

Education Minister Lady Howard Mabuza had not responded to our questions at the time of compiling this report.

King Mswati rules eSwatini as an absolute Monarch, most citizens who secured decent employment are those who are closely connected to him, members of the royal family, his wives and loyalists.

The protests in this tiny Kingdom escalated after Mswati unleashed soldiers and the police to shoot and kill dozens of civilians on around around the 29th June 2021, the citizens were demanding democratic reforms. 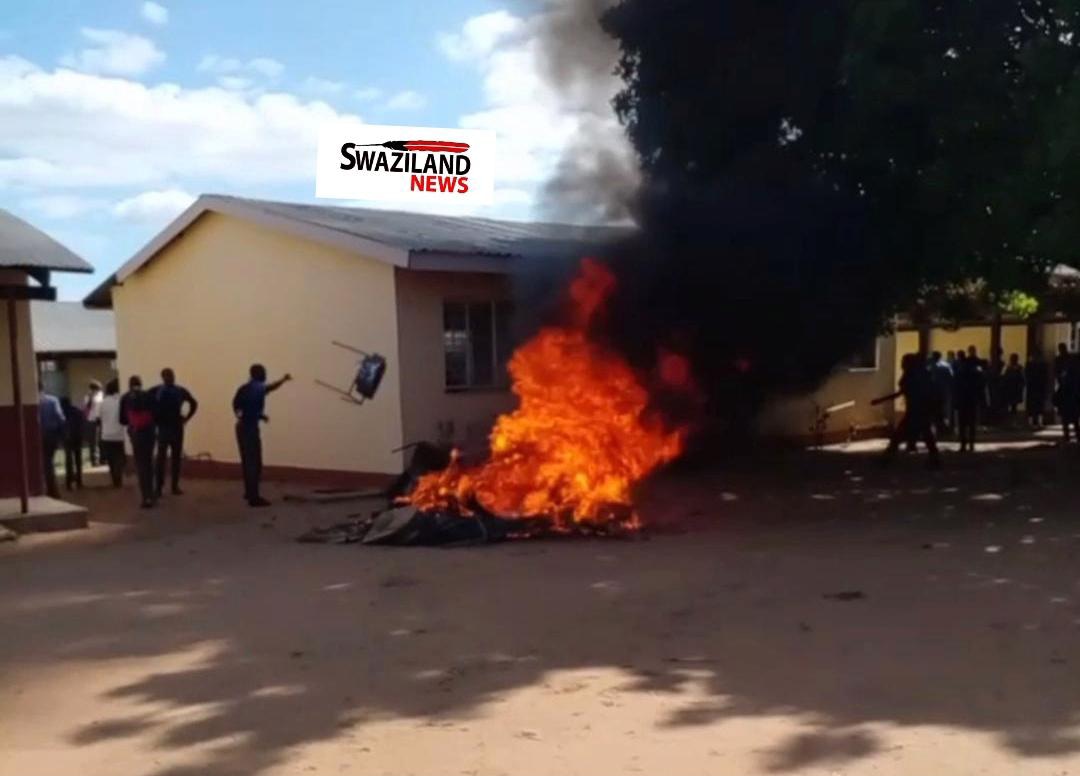