EZULWINI: Jeff Radebe, the leader of the SADC Troika Special Envoys ‘kicked’ out three journalists from the Times and the Observer after political leaders objected that there were not supposed to be part of the meeting that seeks to find solutions in resolving the current political chaos.

The objection regarding the presence of the State controlled journalists was raised by Mlungisi Makhanya, President of the People’s United Democratic Movement(PUDEMO) who indicated that most journalists in the country were secretly working for the police adding that some of them even failed to hide that through their pro-Monarchy writings.

Journalists who were kicked out of the meeting include pro-Tinkhundla loyalist Welcome Dlamini, Mfankhona Nkambule(all from Times and Simon Shabangu from Swazi Observer. Welcome  Dlamini and Simon Shabangu pledged allegiance to the King through kubutseka and the latter was named “TsebuluMbutfu”.

Reached for comments, Sibongile Mazibuko, the President of the Ngwane National Liberatory Congress(NNLC) confirmed the matter, saying the presence of the State journalists was a security risk to them.

“I cannot mention the name of the political leader who raised the issue that they must be kicked out, but it’s true they were kicked out by Jeff Radebe after hearing the submissions. We couldn’t allow them to be part of the meeting because we know how they operate. We knew our lives were in danger immediately after we saw them”, said the NNLC President who is also a member of the Political Parties Assembly.

Dlamini, who demonstrated and declared his support for Mswati through a series of articles is the President of the Swaziland National Association of Journalists (SNAJ), however, the organization has been silent in the midst of persecution directed to independent journalists and human rights defenders until the three journalists emerged at the Royal Villas saying they were stakeholders.

On Friday at the Royal Villas, former South African Justice Minister Jeff Radebe was leading the SADC special Envoys engaged with political stakeholders in finding a solution to the current political crisis. 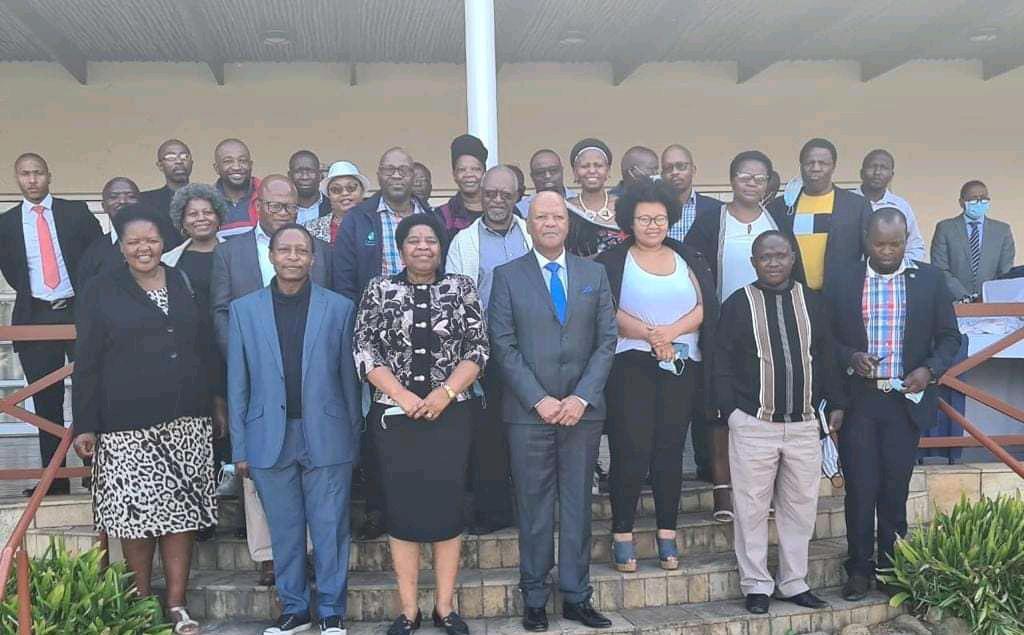