HEALTH MINISTER: We are getting used to the shortage of drugs in hospitals.

MBABANE: Lizzie Nkosi, the Minister of Health said the shortage of drugs in the various hospitals was something they were getting used to as Government.

The Minister was addressing protesting nurses at Mankayane Government Hospital on Wednesday, however, another protest subsequently erupted at Mbabane hospitals as a result of the shortage of food and drugs.

Mayibongwe Masangwane, the Secretary General of the Swaziland Democratic Nurses Union(SWADNU) told the Swaziland News online radio that the crisis was triggered by government’s failure to pay suppliers.

Eswatini, a tiny Kingdom situated in Southern African with about 70% of the population living below the poverty line, is ruled by billionaire King Mswati as an absolute Monarch.

The King owns two private jets, about twenty(20)  Rolls Royce, a fleet of BMWs, shares in almost all giant companies among others. Before the various government hospitals experienced the shortage of drugs, King Mswati built his own Manzana Royal Hospital at Lobamba. 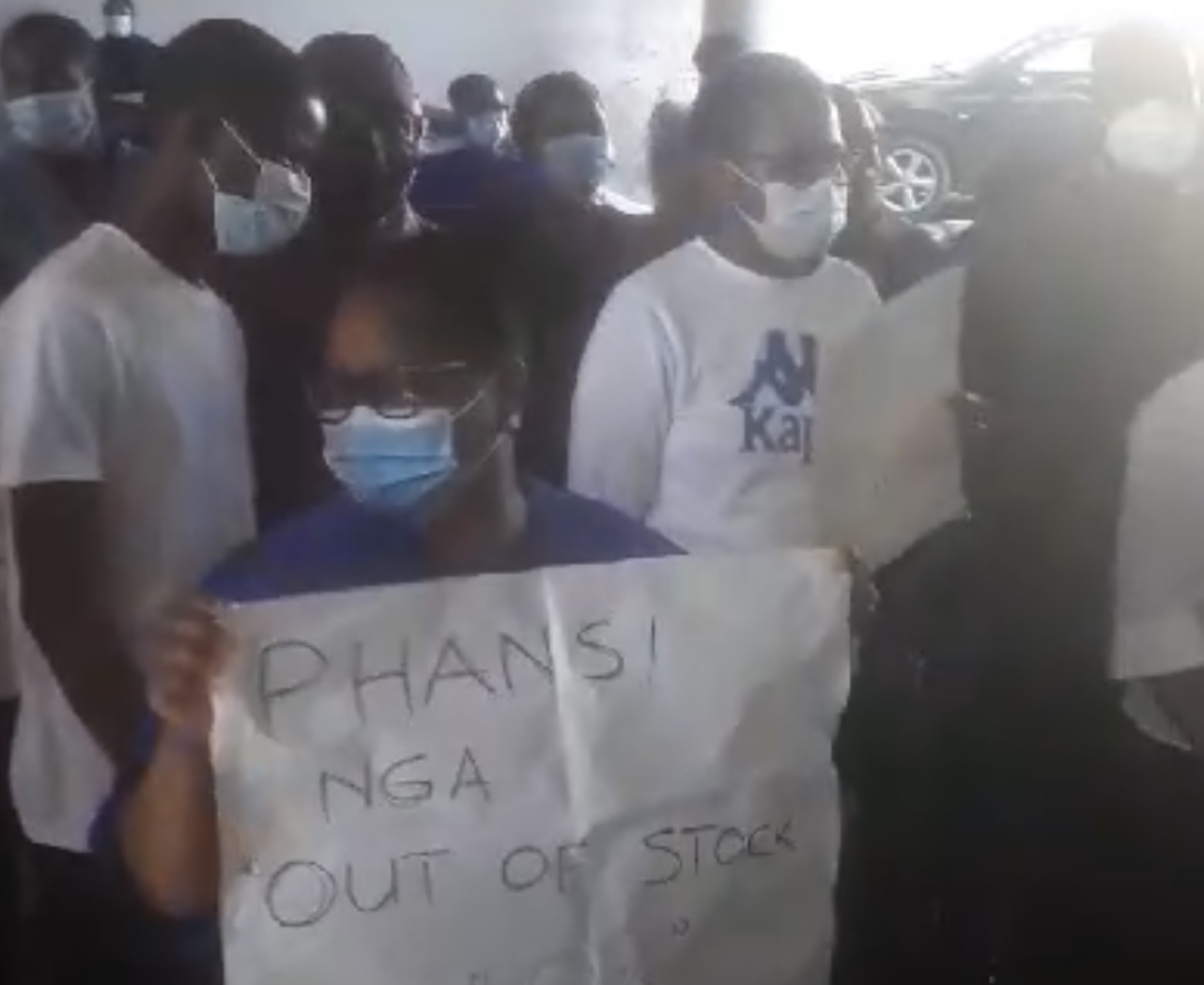