SITEKI: Eswatini nurses had to abandon their health duties on Friday and fix the road leading to Siteki Good Shepherd Hospital as part of a protest against Mswati’s Government failure to maintain public roads.

Eswatini is a tiny Kingdom ruled by multi-billionaire King Mswati as an absolute Monarch, the country has about 70% of the population living below the poverty line.

Despite collecting taxes from the citizens,eSwatini Government has been staggering in maintaining public roads, providing drugs in hospitals and increasing salaries for health workers among others.

Speaking to this Swaziland News on Friday,  Buhle Mabuza, the Chairperson of the Swaziland Democratic Nurse Union (SWADNU) Siteki branch described the bad state of the road as a direct attack on the health system.

"This is a direct attack on the health system, to leave a road leading to a hospital in such bad state .Good Shepherd is the biggest hospital in the region and some patients have died along this road while trying to access health care”, he said .

Lizzie Nkosi, the Minister of Health had not responded to our questionnaire at the time of compiling this report.

Mayibongwe Masangane, the Secretary General of the Swaziland Democratic Nurses Union (SWADNU) described the Government’s failure to maintain public roads as the failure by the entire Mswati's regime.

“That shows that Tinkhundla system has failed. The nurses are in fact not abandoning their duties but making it possible for patients to access health care. They have seen that those responsible to fix the roads are failing”, said the SWADNU Secretary General. 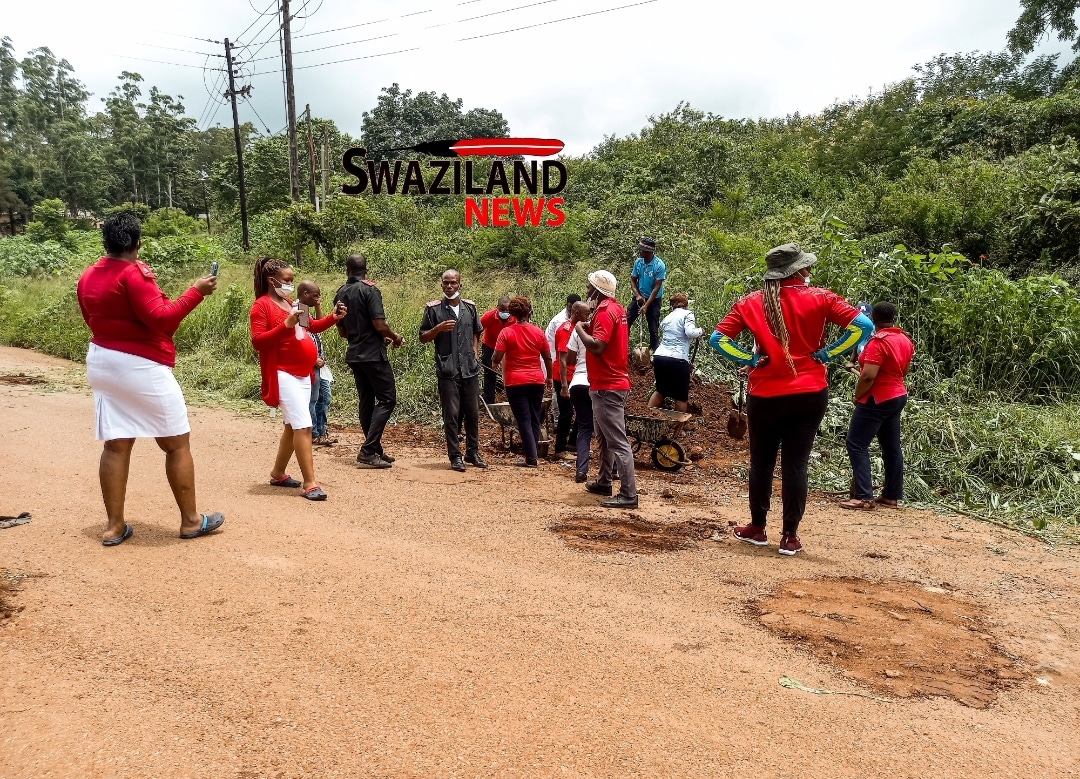