MBABANE:King Mswati who is reported to be in a critical health condition at Manzana Royal Hospital did not attend a Good Friday special service held yesterday, instead a misleading outdated video where he was preaching during a new year religious gathering at Mandvulo Hall was circulated.

The video captioned “thanks-giving service for the year 2020” that was allegedly meant to mislead the public that the King was preaching at yesterday’s service was circulated shortly after this Swaziland News published a story exposing that the absolute Monarch was in a critical condition at the hospital.

On Thursday evening, Lusendvo Fakudze, the Ludzidzini Palace Governor, when asked to confirm and clarify the matter after senior members of the Umbutfo Eswatini Defense Force (EUDF) were seen maintaining high security at the hospital, he paused for a moment, avoided the direct questions and subsequently ask the Nation to pray.

“I can only encourage all eMaswati to pray and I believe the King where-ever he is, he will also be praying with the Nation, Nako lengingakusho mtfwanami, ube nebusuku lobuhle (meaning that’s all, I can say my son, have a good night)” said the Governor in a very low voice. 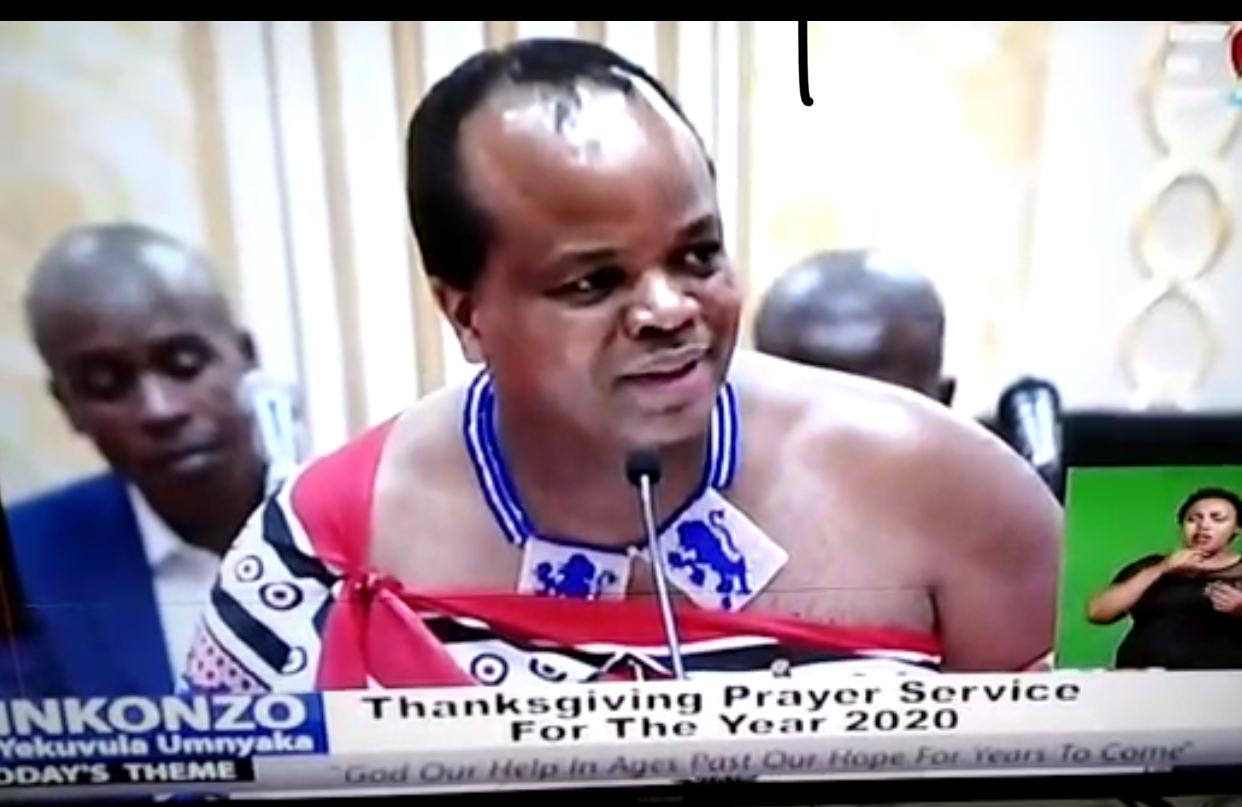