MBABANE:Chief Ndlaluhlaza Ndwandwe, the Minister of Public Works and Transport said Kwaluseni residents should remain calm as government commence the repairing of the over-head bridge.

This comes after Kwaluseni residents strategically embarked in a night protest on Thursday demanding that government fix the over-head bridge that was damaged about three weeks ago.

Speaking to this Swaziland News current affairs program on Friday morning, the Minister said procurement procedures influenced the delay in the commencement of the work, but he confidently assures the Nation that his weekend, the free movement of the residents might be restored.

“As a Ministry, we would like to confirm that there was some damage in the over-head bridge at Kwaluseni that disturbed the free movement and lives of the residents, but we are working on the matter, hopefully,  by the end of this weekend might be back to normal” said the Minister.

Sibusiso Mabhanisi Dlamini, the Kwaluseni Member of Parliament confirmed to this Swaziland News that the overhead bridge was being attended to by the government, he said the protest was caused by a communication breakdown between government and the people as by the time the residents embark on the protest, the work was about to commence.

“As MPs we are not allowed to communicate with the people through the radio, if that was not the case, it wouldn’t be difficult for me to tell the people that the bridge was being attended to. The relevant authorities called and assured me that either today or tomorrow the problem would be sorted, and I would also like to assure the residents that the matter is being addressed, government is working on it” said the MP.

Sabelo Dlamini, the Secretary General of the Eswatini Local Kombis Association said their operations were disturbed the protest and the delay by the government to fix the over-head bridge.

“For us businesspeople, the delay has been affecting us ever since the over-head bridge was damaged because we had to wait for the people to cross under difficult conditions, yet time is very important to us. This thing can take one day to fix, it doesn’t need tendering process. We hope government will act urgently and address it” said the Local Kombis Secretary General.

At the time of compiling this report, Sibusiso Mabhanisi Dlamini, the Kwaluseni MP had confirmed that work has commenced, and the over-head bridge was being fixed.

“As I speak, government is working on repairing the damaged bridge” said the MP. 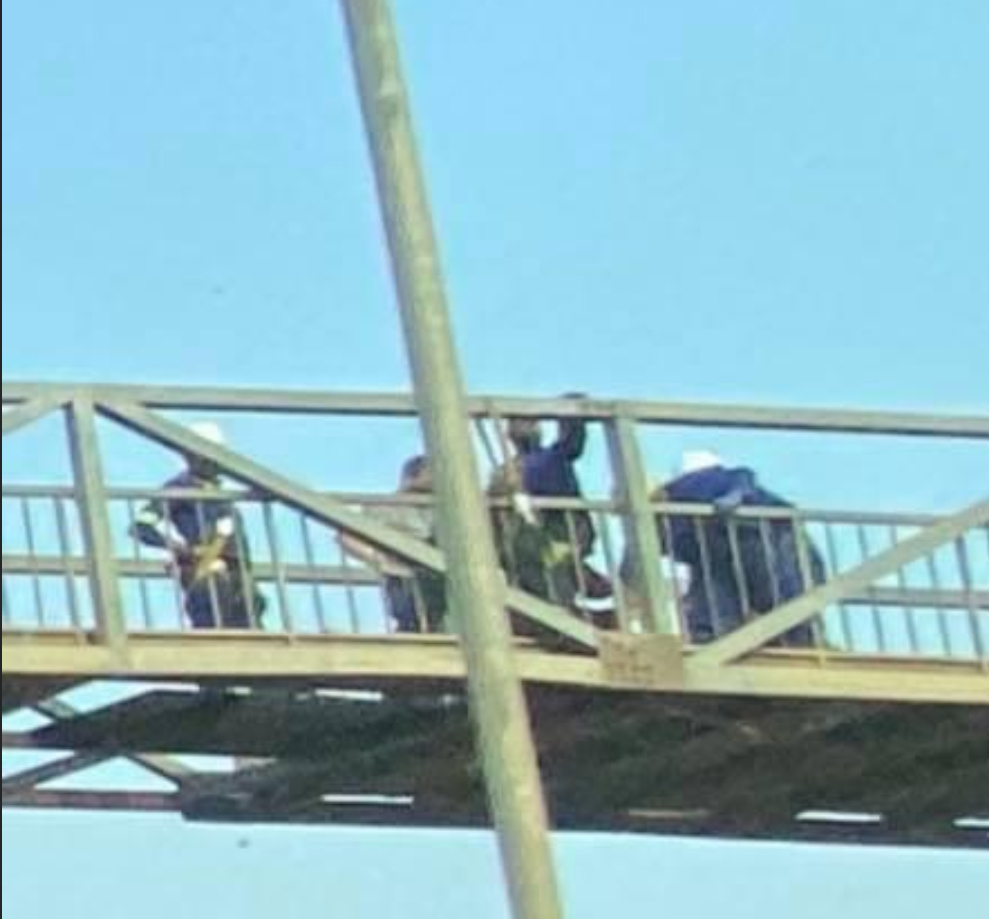