One Billion Rising collaborates with women rights groups in support of Ayanda Dlamini whose child disappeared during Incwala ritual ceremony.

MBABANE: One Billion Rising has collaborated with other women rights groups in a campaign to support and demand justice for Ayanda Dlamini whose child disappeared during Incwala ritual ceremony at Nyanyali, Buseleni.

The latest developments come shortly after this Swaziland News reported that Dlamini was allegedly tortured by the Eswatini police and  subsequently thrown behind bars for demanding her child.Police accused her of being part of a group of residents who burnt the suspect’s, she is currently kept at Nhlangano prison.

Speaking to this Swaziland News, Colani Hatjwako, the One Billion Rising Africa Coordinator said the organisations collaborated to demand justice for Ayanda because they understand the pain she is currently going through after her child disappeared not to mention the subsequent arrest and torture by the police.

“As women rights organisations, we view Ayanda as a victim because she lost her child, but instead of  receiving justice in the matter of her missing child, she found herself victimised and arrested for demanding her child”,said the One Billion Rising Africa Coordinator.

Hlatjwako said the campaign was not only meant to raise funds to pay bail for the incarcerated Nyanyali woman but to attend court hearings in support of the victim.

The organisations that collaborated with One Billion Rising to support the campaign and demand justice for Ayanda include Beaten But Not Broken, Women Unlimited, the Swaziland Rural Women Assembly(SRWA) and Youth Alive Organisation. Other organisations include the Community Health Empowerment Foundation, the International Community of Women Living with HIV and a trade union being the Swaziland National Association of Teachers(SNAT).

Reached for comments, Sibusiso Nhlabatsi, a human rights lawyer said it was surprising that the woman who was a complainant after her child disappeared was later arrested and nothing was communicated by the police regarding the whereabouts of the child.

“As we speak, she doesn’t know where her child is and whether the child is dead or alive. It should be noted that this is not the first time, the woman was arrested before and allegedly abused by the police. So this campaign by the women rights organizations is justified because even if we cannot justify the criminal acts that later happened at Nyanyali, all these acts were the results of the missing child” ,said the human rights lawyer. 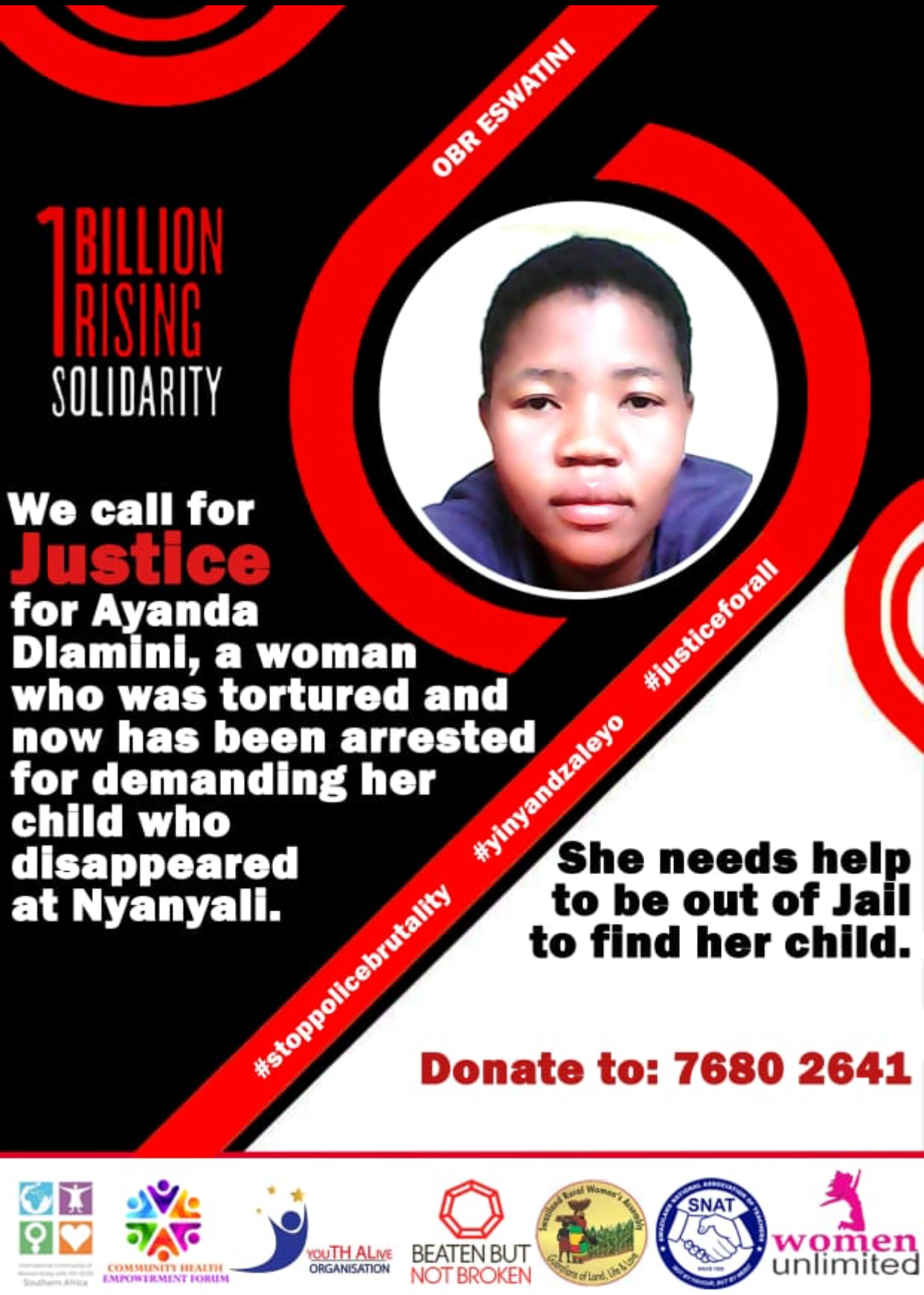