MBABANE: Police  blocked members of the Swaziland National Association of Teachers (SNAT) from delivering a petition to the Acting Prime Minister's office demanding the employment of teachers.

The petition in possession of this Swaziland News  have five (5) demands that needed urgent attention from government, this include re-engagement of all teachers whose contracts expired in December 2019 and 2020.

"All teachers whose contracts expired in December 2019 and 2020 must be re-engaged to teach learners who are currently lying idle with no teachers. The Government must end the casualisation of teaching by withdrawing legal Notice Number 147 of 2009 through which the Government legitimized the employment of teachers on a two (2) fixed term contracts", reads the petition in part.

A questionnaire was sent to Superintendent Phindile Vilakati, the Police Spokesperson, however, she had not responded at the time of compiling this report.

Speaking to this publication, Mbongwa Dlamini , the President of the Swaziland National Association of Teachers ( SNAT) said  the  Municipality of Mbabane refused to grant them permission to assemble at the Coronation Park but ended up assembling near the Government Hospital.

"The Police stopped us on our way to the Prime Minister's office, just near the Government Hospital, saying they would only allow the National Executive Committee (NEC) to pass through  but we decided to turn back.As we speak, our members are now demonstrating at the Mbabane bus rank", said the SNAT President. 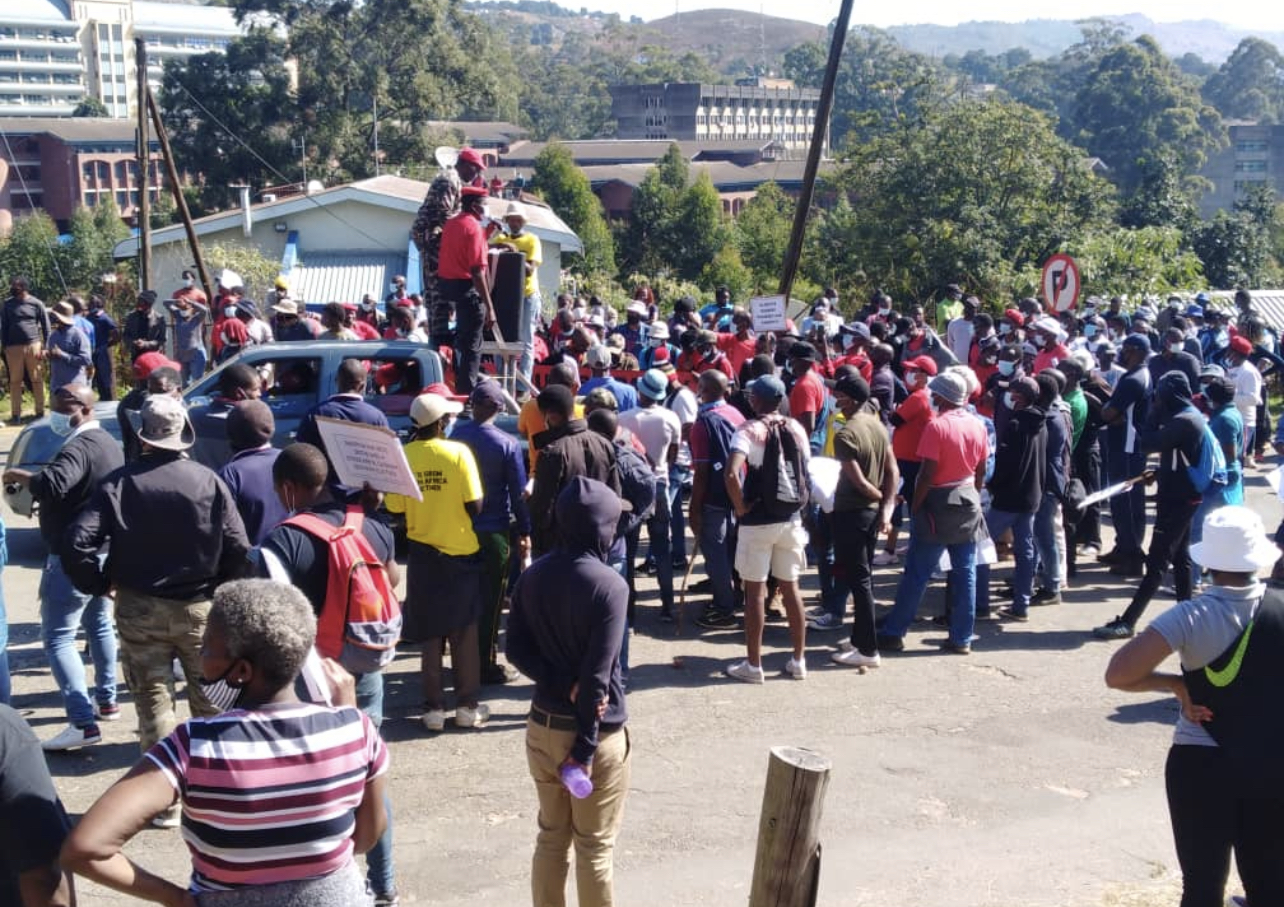 Teachers during a protest march to the Acting Prime Ministers office