MBABANE: KUNGAHLWA KWENILE, a new campaign targeting King Mswati and Government properties has been launched and will start on Tuesday night.

Speaking to this Swaziland News in an exclusive interview, a highly influential pro-democracy leader said now that Government through the police has started going around the country shooting citizens within their homes for participating in peaceful protests, Swazis must send a warning by burning all properties of the King and Government.

“As we launch the “Kungahlwa Kwenile” campaign we want the whole country to be on fire starting from Tuesday. People must target King Mswati’s properties and businesses like Montigny forests, Game Reserves, properties of MPs who don’t corporate and Government properties among others. All roads must be blocked across the country on Tuesday night. If you are next to Montigny forest or any forest that benefits the King and his Government burn it, this is just a warning that will run for at least two weeks. If they fail to open negotiations within two weeks, the protesters must start burning schools and other properties, yes we need schools but we rather start afresh in a new Government instead of tolerating the ongoing shooting of citizens” ,he said.

The political leader said the “Kungahlwa Kwenile” phase one(1) that starts on Tuesday night also targets Imiphakatsi, King’s farms and other properties, however, he maintained that schools should not be touched for now.

“This thing should be done in stages, schools should not be targeted on Phase One, for now we leave out schools,clinics and other institutions that are essential to the public but if they don’t listen we will upscale. Emathayi-ke emgwacweni must be the order of the day, ematje emagwacweni must be the order of the day. Lanikhonakhona valani umgwaco everywhere, every 100 meters, siyavala lawukhonakhona”, said the influential political leader.

When expanding on the campaign, the political leader said the people of Siphofaneni have launched the campaign but no one should own it.

“People must take short videos and post them without exposing each other, and it should be strictly be at night,” he said.

The name of the political leader cannot be revealed for ethical reasons, he advised protestors not to destroy properties owned by Indians and other Asian businesspeople saying some of them pledged to support the struggle for the liberation of the people behind the scenes.

This was after National Commissioner of Police William Dlamini issued a statement declaring war against anyone who would defy the King’s order.

Senior Superintendent Clement Sihlongonyane who was commanding police officers who were shooting citizens at Siphofaneni told protests that their Constitutional rights have been revoked as per the King’s decree.

“Your Constitutional rights have been revoked today” ,said the senior police officer. 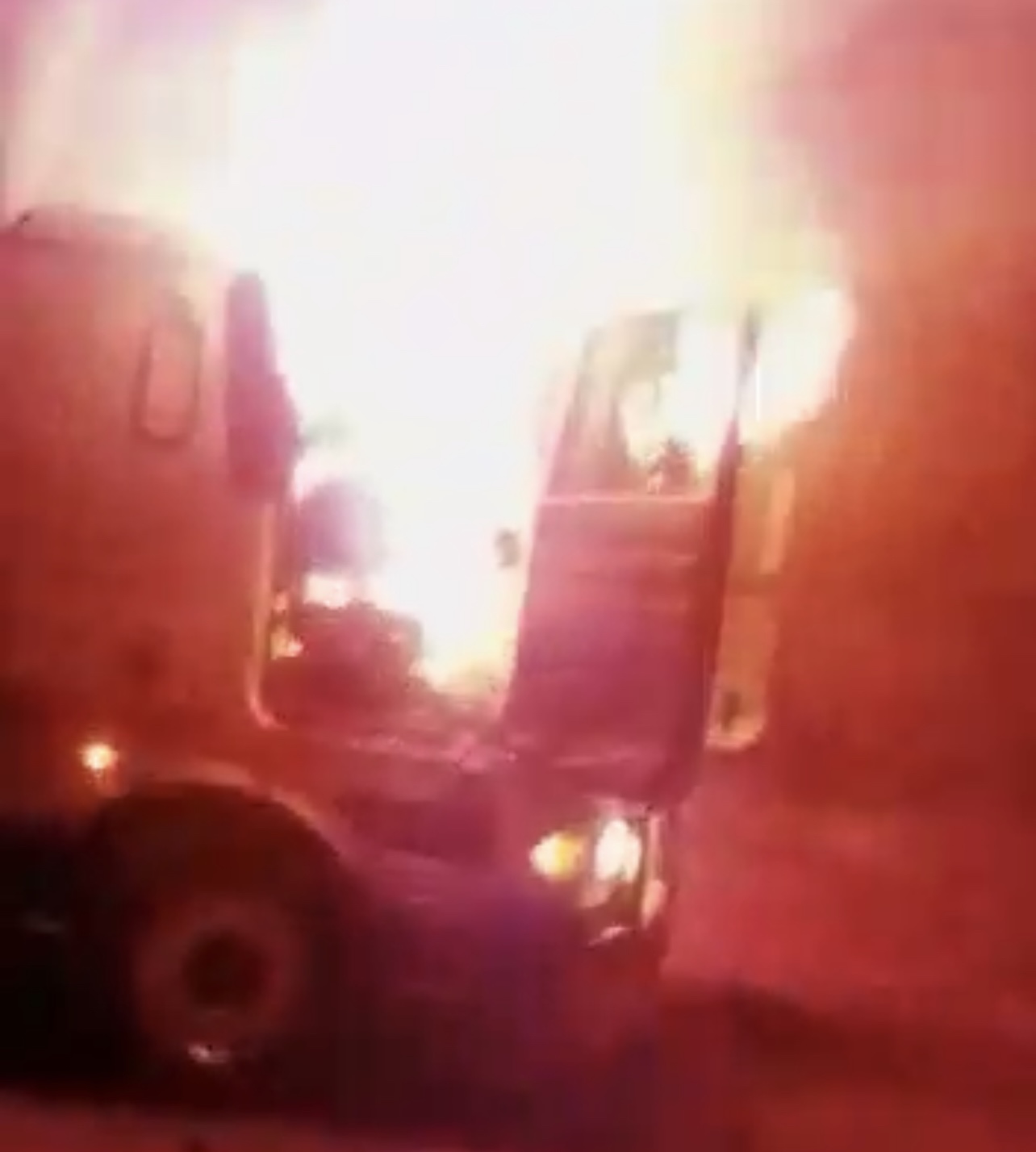 A truck burned at Siphofaneni during a protest.