MBABANE:Esmeralda Hernandez  Arogonez, the European Union(EU) Ambassador to eSwatini visited the  Mbabane Police Station on Sunday demanding answers regarding the arrest of two Members of Parliament(MPs) Bacede Mabuza and Mthandeni who have been leading the calls for democracy  in Parliament.

Speaking to this Swaziland News on Sunday evening, the Ambassador said she started demanding answers about two weeks ago after learning that warrants of arrest had been issued for the vocal MPs.

“I personally called the Attorney General seeking clarity on this matter because I don’t understand why an MP can be arrested for speaking for the people, this has never happened” , said the EU Ambassador.

Lorraine Nxumalo, the Lubombo woman MP who was with the Ambassador at the Mbabane Police Station in support of the arrested MPs told this publication that she was also interested in why the two Legislators were arrested.

Government Spokesperson Sabelo did not respond to our questions when asked why the MPs were arrested.

But the arrest of the MPs comes a few days after this Swaziland News exposed a plot by King Mswati to arrest Siphofaneni MP Mduduzi ‘Magawugawu’ Simelane, Mthandeni Dube from Ngwempisi and Hosea MP Bacede Mabuza. This is contained in an electronic evidence that substantiates how the King ordered William Dlamini, the National Commissioner of Police to arrest the MPs.

Eswatini is facing growing calls for democratic reforms, King Mswati’s security forces are intensifying a crackdown on protestors, according to opposition parties, over 100 have been killed since the political crisis erupted. 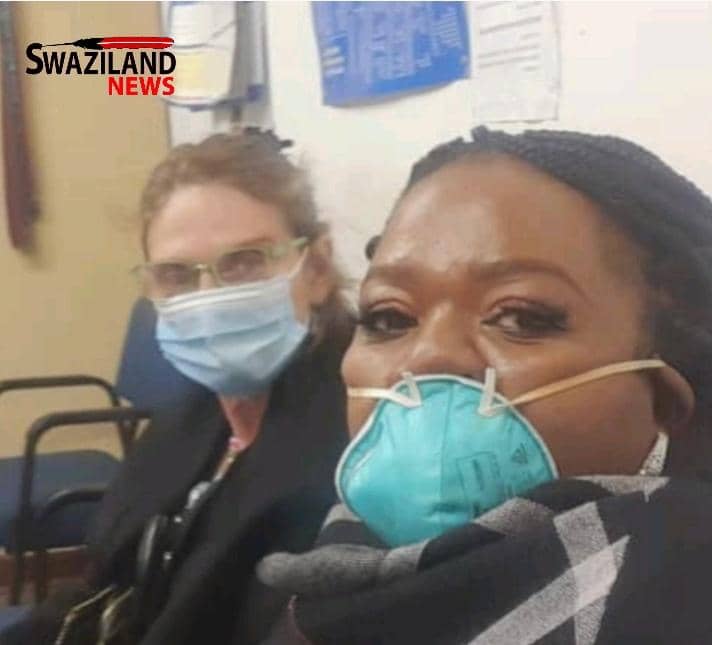