There is sufficient electronic evidence suggesting that the helicopters that were used by King Mswati’s soldiers to kill dozens of civilians were donated by Republic of China on Taiwan.

As a result, countries like China and other international human rights organizations must assist Swazis in lobbying the United Nations (UN) Security Council to take a resolution against King Mswati.

As mentioned, the evidence is sufficient that Taiwan donated helicopters that were subsequently used to terrorize innocent citizens in the urban and rural areas. We cannot allow Taiwan to go as far as arming a dictator to kill citizens just to maintain relations with Mswati who recognizes the Chinese province as an independent country.

The UN Security Council has a legal obligation to act on this matter not only on democratic principles but in line with the UN Resolution 2758 of 1971 that endorsed the One-China principle.

It is therefore, a matter of international concern that a country that exists on theory and recognized as part of China not an independent State can openly provide resources to Mswati’s army that were subsequently used to kill civilians.

It is should be noted that in terms of the United Nations Resolution 2758 of 1971, Taiwan does not exist and this means China must take responsibility and account for the helicopters and other weapons that were provided by its Province being Taiwan and used to kill Swazis.

International human rights organizations must put pressure on China and demand accountability over the killing of civilians, China should then lobby other countries in the UN Security Council to take a decisive action against Mswati and Taiwan.

Unarmed Swazis protested and delivered petitions in demand for democratic reforms and despite being governed by a democratic government, Taiwan helped a cruel dictator to kill civilians merely for demanding their Constitutional right.

Therefore, it is advisable for human rights organizations both in eSwatini and internationally to petition or write formal letters to the People’s Republic of China(PRC) demanding answers as to why its Province was allowed to arm a dictator.

As mentioned, this should be done on the basis that in terms of a UN Resolution, Taiwan is part of China and any complaints regarding the involvement of the Province in the crimes against humanity committed by Mswati should be directed to China and be deliberated by the UN Security Council.

Swazis are suffering under the cruel hand of King Mswati and one of his sponsors in the mass killings is Taiwan, arming a dictator to kill civilians is a gross violation of international law and therefore action must be taken by the United Nations. 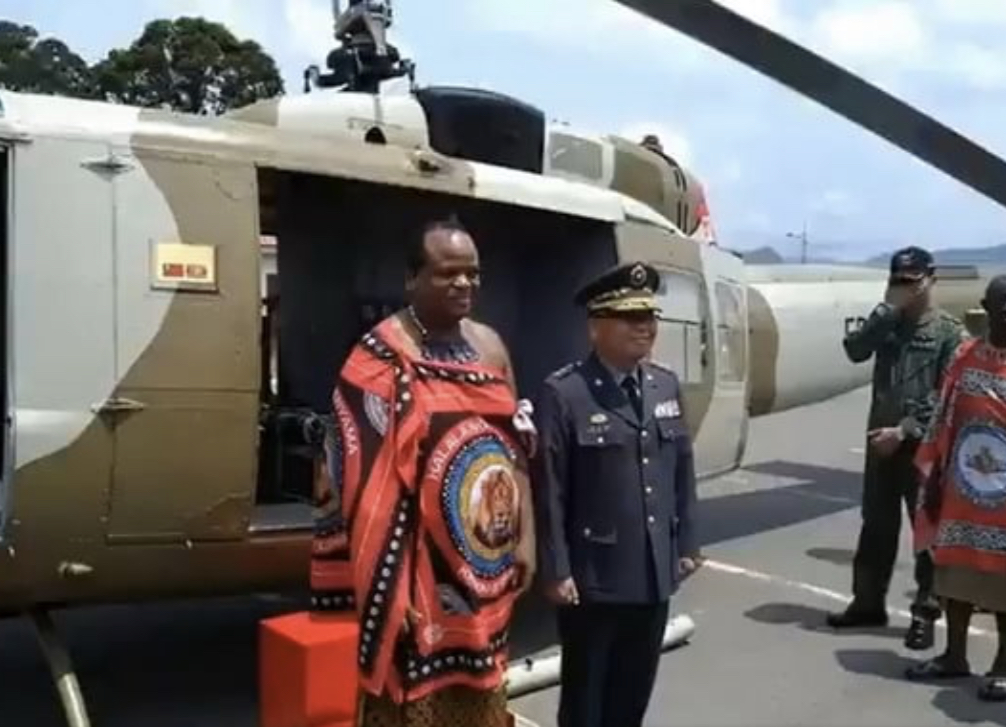