MANZINI: Colani Maseko, the President of the Swaziland National Union of Students(SNUS) who is critical of King Mswati was on Tuesday morning driven into a safe place, after a battalion of heavily armed police officers invaded the Nazarene University looking for him.
This comes after this Swaziland News reported in a series of articles regarding the plot to arrest the Students President, however, the police decided to delay the arrest while analyzing the situation.
The influential Students President is allegedly wanted on politically motivated criminal charges after he led the youth who destroyed  pictures belonging to Mswati within the various Universities.
Reached for comments, Maseko confirmed that a battalion of armed police officers arrived at the Nazarene University looking for him adding that the harassment was affecting his right to education.
“It’s true that the police arrived at the Nazarene University this morning looking for me, but now I’m in a safe place, comrades transported me into a safe place”, said the Students Union President.
Questions were sent to William Tsintsibala Dlamini, the National Commissioner of Police, however, he had not responded at the time of compiling this report.
King Mswati, when addressing his regiments at the Engabezweni Palace declared war on his critics and  all Swazis who were calling for democratic reforms. 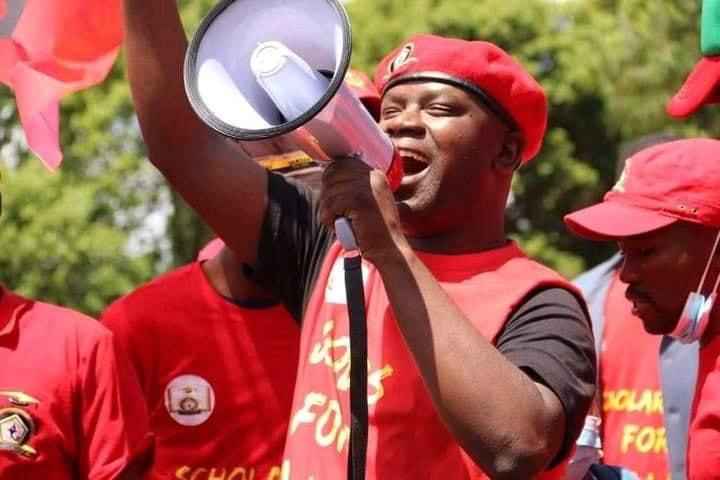