Where did the donated millions to fight COVID-19 go?

As health workers continue to complain about Personal Protective Equipment(PPEs) with members of the public running out of food within their homes, the question that comes to mind is, where did the millions donated to fight the COVID-19 go?

Cabinet must not mislead the Nation that the donations that currently stands around E50million were used to buy water tanks, this money when supplemented with the E100million approved by Parliament remain sufficient to feed members of public and further buy protective clothing for our health workers.

Now, the numbers for Coronavirus confirmed cases continue to rise while on the other hand government through the National Emergency Task Team keeps on accepting donations without updating the Nation how the already donated monies are being used for the benefit of the people.

We have seen Deputy Prime Minister Themba Masuku taking pictures while distributing masks at the Mbabane Bus rank and the donor who provided that equipment should be commended because donating cash to this corrupt government is risky. It’s almost four weeks since the world came into a standstill with Prime Minister Ambrose Dlamini introducing his ‘COVID-19 conduit pipe’ known as the partial lockdown, which might intensify the spread of the virus. One was hoping that by this time, government would have started distributing food to the people by utilizing the money donated by companies and the E100million approved by the Parliament. But as expected, we are witnessing coronavirus suspected cases quarantined within politically connected facilities like the Bethel Court Hotel owned by Senate President Lindiwe Dlamini, a member of the ‘ruling’ Jesus Calls Worship Centre (JCWC) where the Prime Minister happens to be a Pastor.

Surely, in the midst of the fight against this virus, corruption rears its ugly head and the money meant to assist the people is now systematically looted to benefit members of the JC corrupt political syndicate while the people are dying of hunger.

Government is the owner of the Pigg’s Peak Hotel and one wonders what prevented Cabinet from using that public resource to quarantine members of the public who are waiting for their COVID-19 results?

It is very unfortunate that such a small country is being destroyed by corruption and we might see dead bodies of people who died not by COVID-19, but hunger while Prime Minister and his gang ‘feasts’ on public funds.

Government must start the distribution of food as a matter of urgency not only in the rural areas but across the country because under the current situation, residing in town should not be interpreted that one has plenty of food. The COVID-19 donations and the E100million public funds should benefit the people not those in power, we cannot be blinded by few water tanks. As much as water remains one of the basic necessities in the fight against the coronavirus, it should be understood that the people cannot eat those water tanks, they also need food.

In conclusion, let me further emphasize that government should practice transparency and account to the public how these monies are utilized. The most important thing here is to make sure people have food so they can stay within their homes and prevent the spread of the virus. People will continue flooding the streets despite the partial lockdown as they try to find means of survival, after all that’s what Mandvulo wants.

But the negligence by government that saw our health workers forced to report for duty without PPEs thus exposing them to COVID-19 will be a top for another day. Surely, we have a government that does not value of the lives of the people. 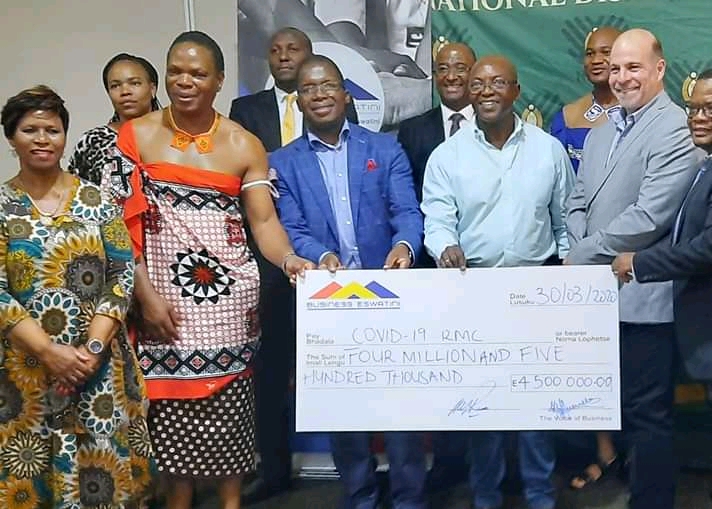