MBABANE:Wandile Dludlu, the Secretary General of the People’s United Democratic Movement (PUDEMO) has called upon students, political parties and the civil society to organize mass demonstrations against the refusal by the police to charge an alleged royal serial rapist.

The royal family member stands accused of raping a University of Eswatini (UNESWA) student and the police have been denying the victim access to justice as members of the royal family including King Mswati receives prosecution immunity in the tiny Kingdom. Speaking to this Swaziland News in an interview, the PUDEMO Secretary General said UNESWA students and all learners across the country should shut-down the institution in solidarity against the continuous raping of women by the royal family member.

“Constitutionally, only the King and the Queen are above the law, but the truth of the matter is that royalty is a huge institution with family members that include the alleged rapist you have mentioned. This then makes it difficult for the law enforcement agencies to arrest children from a family that is above the law. But then, the students in that University are also guilty, why did they kept quiet when this thing happened? That University should come into a standstill through demonstrations so that other members of the public and organizations even internationally can take on the matter. We also call upon the victim to agree to be the face of the campaign against this injustice so that the raping of women could be stopped. A struggle should be practical, the students must stop talking on Facebook, but we must stand-up and take action about this matter” said the PUDEMO Secretary General.

The political activist said the current political system does not protect the rights of women, adding that it was for this reason that the Sexual Offence and Domestic Violence (SODV) Bill took over ten years to be implemented.

Eugene Dube, the editor of the Swati Newsweek said the media in eSwatini tried to advocate for justice for the woman, but the problem was with the justice system.

“This is a clear case of failure by the judiciary system in Swaziland and the demonstrations should be in demand for justice for all victims who were allegedly raped” said the editor.

Speaking to this publication on the matter, Sibusisio Nhlabatsi, a human rights lawyer said the justice system has failed the woman adding that the police should have investigated the case and subsequently disclose reasons to the victim why the alleged rapist was not arrested.

“This is a serious matter. Our Constitution speaks about equality before the law and this means it doesn’t matter whether you are from the royal family or not. It is for this reason that once you are suspected of committing a crime, your status in society should not influence the case hence the police were supposed to investigate the matter or give reasons why it was not prosecutable. Once the police give the reasons, it would then be up to the victim to consider taking up the matter on private prosecution or not, after all, she must get closure” said the human rights lawyer.

Lucky Lukhele, the Spokesperson of the Swaziland Solidarity Network (SSN) said all individuals and organizations that calls themselves human rights activists should come together and advocate for justice for this woman.

“All those who call themselves human rights defenders, from lawyers, trade unions, political parties, NGOs, NPOs and the entire civil society including students must stand-up and demand justice for this young girl who was raped by this barbarian rapist” said the SSN Spokesperson. 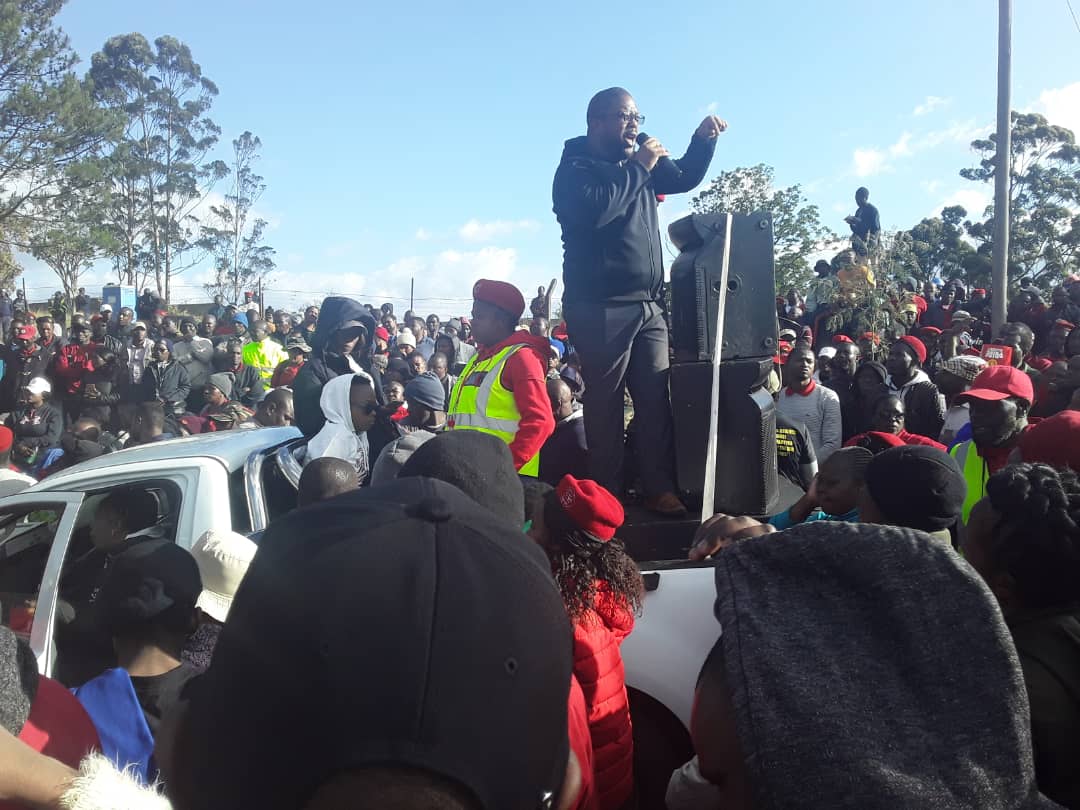